Robert Lighthizer: The United States is ready to restart negotiations with China

Robert Lighthizer: The United States is ready to restart negotiations with China
When the US trade representative testified in Congress, he said that "solving" trade disputes is the common goal of both sides. He will meet with Chinese officials in Japan to prepare for the "special seminar" at the G20 Osaka Summit. US Trade Representative Robert Lighthizer said that before US President Donald Trump and Chinese President Xi Jinping held a major meeting at the G20 summit in Osaka Washington is "ready" to get in touch with Beijing. He added that "solving" trade disputes is the common goal of both sides.

"Achieving a successful agreement is in the interest of both China and the United States. The President has stated that if we can reach a great agreement for the United States, he will definitely hope to reach an agreement," said Robert Lighthizer.

Although he did not specify which officials will meet with the Chinese officials before the summit, the main negotiating opponents of Lightheiser and Mnuchin were Chinese Vice Premier Liu He.

Prior to the resumption of trade negotiations between the United States and China, negotiations between the two sides were interrupted for six weeks, during which the two sides increased tariffs and extended economic confrontation to other areas, including the regulation of exports of sensitive technologies. The prospect of increasing tariffs and the decoupling of the world's two major economies has shocked many companies on both sides of the Pacific, leading many companies to consider diverting supply chains.

Trump continues to throw the possibility that the relationship between the two countries will be thawed during the G20 Osaka summit later next week. On Tuesday, he spoke directly to Xi Jinping and confirmed that a bilateral meeting will be held.

"We have a very good telephone conversation with President Xi of China. We will hold a long meeting at the G20 Japan Summit next week. Our respective teams will start negotiations before we meet," Trump wrote on Twitter on Tuesday. 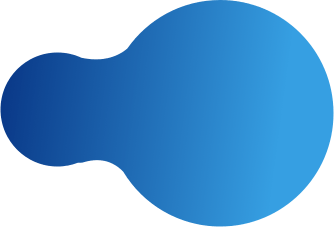